HAVE A MUDDY GOOD TIME

Get ready to have fun and get muddy in Southwest Florida by taking part in the Trucks Gone Wild Fall Classic at Florida-based Redneck Mud Park located in Punta Gorda. The four-day mud bonanza, set for Nov. 10 to 13, 2022, will include Mega Mud Truck races, a truck tug-o-war, live music with country-rap artist Savannah Dexter, camping, vendors and—of course—a whole lot of mud!
The park, originally named Redneck Yacht Club, was built and opened by founder Danny Kelly in December 2008. In his youth, Kelly and his friends were often chased off private property while riding, so his keen desire to provide a place for off-road enthusiasts to ride came from the heart.
Kelly began acquiring land in eastern Charlotte County in the 1990s and worked it as a potato farm until 2006, when he initiated the permitting process for the park. He was

granted final approval in early 2008 and laid out plans for the world-class mud park that he envisioned.
Construction took nearly a year, with Kelly’s goal “to satisfy every type of rider and provide a fun yet safe environment for everyone who enters the gate.” As the owner of Kelly Brothers Marine Construction, he had the materials on hand to build a tough, sturdy infrastructure on almost 500 acres of his farm.
Kelly knew that building the best mud park in the country would require it to be unique in many ways. So, in addition to creating monster mud holes and miles of trails, he built an oval race track for Mega Mud Truck racing, poured a cement pad for the truck tugs, constructed a huge permanent stage for nightly entertainment, and carved out a half-dozen camping areas. He also designed and built a state-of-the-art “Buggy Wash,” where folks can clean off the mud after a day of getting dirty. It’s a social gathering spot 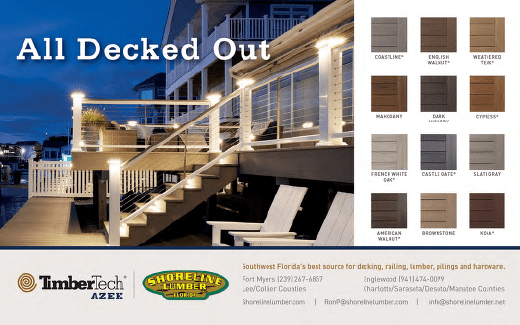 where park visitors can drive their muddy vehicles
through the huge structure to be pressure-washed.
When he was finished, Kelly had spent more
than a million dollars to provide the area with
“The World’s Most Exciting Off-Road Park.”
Redneck Yacht Club opened to the public in
late 2008, and mud fans from all over the state
flocked to the new park.
Its reputation quickly grew, attracting thousands
to weekend-long mud gatherings. Folks brought
big trucks, swamp buggies, and four-wheelers of
all kinds to participate in the now world-famous
events. The park became a “must visit” destination
for outdoor enthusiasts.
Over the years, many additions have been made
to the property. Bleachers have been added to the
Mega Mud Truck racetrack, a dedicated “vendor
row” features food and merchandise, and an ATV
and Side x Side-only riding area adds to the appeal
and value of a weekend ticket. In 2015, the name
of the venue was changed to Redneck Mud Park
to better describe the fun that goes on during the
long muddy weekend events.
The park will open early Thursday morning,
Nov. 10, to provide four full days of muddy
riding for all attendees. Thursday and Friday
night will feature entertainment at the main
stage, and you definitely do not want to miss
country-rap artist Savannah Dexter Saturday
night. It will be another awesome weekend for
this mud loving community! FCM

No Result
View All Result